Epilepsy is a brain disorder in which clusters of nerve cells in the brain sometimes signal abnormally. Epilepsy may sometimes cause convulsions, muscle spasms and loss of consciousness. Epilepsy has many possible causes any of which can lead to seizures. Epilepsy may develop as an imbalance of nerve signaling chemicals called neurotransmitters, because of an abnormality in brain wiring or some combination of these and other factors. Brain scans and EEG's are the most common diagnostic tests for epilepsy.

Once epilepsy is diagnosed, it is important to begin treatment immediately. Seizures can be controlled with modern medicines and surgical techniques in about 80% of patients suffering from epilepsy. In 1997, the FDA approved the vagus nerve stimulator for use in people with seizures that are not well-controlled by medication. 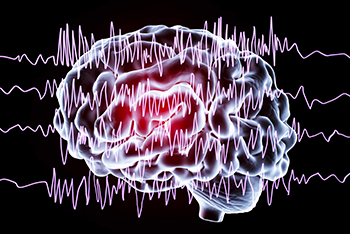